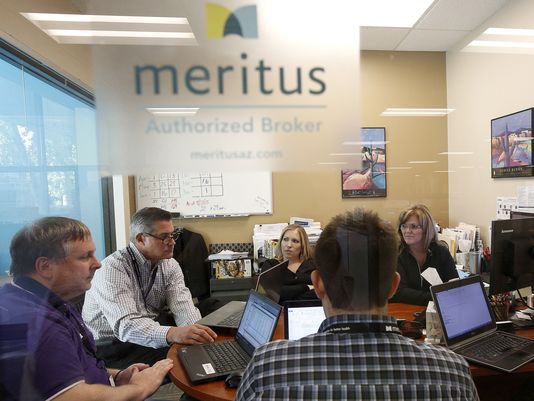 Executives with Arizona’s non-profit health insurance co-op said Tuesday that they have failed to come up with additional financial backing and the insurer plans to shut down all operations Dec. 31.

The announcement by Meritus Health Partners means 59,000 Arizonans it now covers need to find a new insurer by Dec. 15 if they want coverage on Jan. 1.

The decision comes nearly a month after the state Department of Insurance suspended its right to sell new policies or renew current ones and placed it under formal supervision. Federal officials also pulled its policies from the health insurance marketplace website late last month.

The company said current customers will continue having their claims paid through the end of the year and brokers and medical providers will be paid. A hotline to help current clients find new insurance is expected to be operating by next week.

The insurance department barred Meritus from selling new policies because of fears its finances were so shaky that it would fail midway through 2016.

The non-profit was one of 23 co-ops created under the Affordable Care Act to provide competition to for-profit insurers, but many have struggled and more than half have now failed or will close by the end of the year.

Meritus was working to find new financial backing, but CEO Tom Zumtobel said the effort was unsuccessful. Its best bet was to change to a for-profit, but Zumtobel said federal officials were not open to that possibility.

“We’ve really been trying to understand all of our options and opportunities and really at this stage we’ve exhausted them,” Zumtobel said Tuesday. “So we are working cooperatively with the Department of Insurance to really meet their supervisory order and wind the operation down.”

Meritus already has trimmed its staff to about 62 employees and expects to further reduce staffing to about 50 workers over the next two weeks.

The co-op will need  a small staff of customer service and administrative workers as it winds down operations early next year. Meritus customers can access medical care through the end of the year, and claims for reimbursement will trickle in during January and February.

The insurer started with $93 million in federal loans, and Zumtobel said the insurer will have between $10 million and $20 million after paying claims and other costs. The balance will go to the Centers for Medicare and Medicaid Services to repay loans.

Zumtobel said the insurer will establish a hotline by next week that customers can get answers about the insurer. About 33,000 Meritus customers get health care from Maricopa Integrated Health System, but those customers will need to switch health providers it they enroll in the lowest-cost plans now on the marketplace, Zumtobel said.

Zumtobel said that Meritus will work with the Arizona Department of Insurance and other community organizations to help customers transition to new health coverage. Consumers who need help choosing a plan can request in-person appointment with a navigator or assister at  www.coveraz.org

The Tempe-based company has reached out to its customers by e-mail and regular mail and announcements on its website, www.meritusaz.com. It covered more than 30 percent of the 154,000 Arizonans who paid for individual policies bought on the federal marketplace as of June 30.

“The two biggest issues that we can’t overcome with information (are) people’s rates are going to go up and they aren’t going to have the same access to Maricopa Integrated Health System, because 33,000 of our customers signed up for that,” Zumtobel said.

That system included specialty groups in the metropolitan Phoenix area and 14 primary care sites. The company sold most of its policies in Maricopa, Pima, Pinal and Mohave counties.

The failures across the country have caught the attention of members of Congress. Insurance Department Director Andy Tobin said Tuesday he received a letter from U.S. Sen. Rob Portman, R-Ohio, seeking financial and other information about Meritus. Portman chairs the Senate’s permanent investigations subcommittee.

Tobin, who suspended Meritus’ rights to sell plans last month, said a bailout of the non-profit appeared unlikely from the beginning.

“Eventually the feds are going to want their money, so when you throw that equation into the finances I don’t know how you can support an outside investment firm coming in to prop them up,” Tobin said.

Meritus was started with a $93 million federal loan, of which about $20 million was for startup costs and the rest for reserves. Zumtobel said the company has about $32 million in cash on hand, including a $4 million deposit the Department of Insurance required when it was placed under supervision.

By the time it finishes paying claims incurred in the current year, Meritus expects to have about $16 million left to repay its federal loans.

The company had 72 employees before it was placed under oversight and now has just over 60. It will begin laying off sales and support staff soon and keep a core group employed while it prepares to close for good.

Meritus had a slow start in the marketplace, enrolling just over 2,600 people in 2014, its first year of operation. But that number soared this year, when it lowered rates to become more competitive.

Meritus will not offer plans in 2016 – Meritus is working with the Arizona Department of Insurance to help members find new coverage for 2016.

More than half of the 59,000 Arizonans who will need to change health insurance companies…